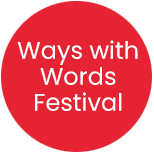 Ways with Words Festival at Dartington

Maggie’s riveting book, Survivors, is the story about Maggie’s life, how she got into child sex investigations, Operation Augusta and then Operation Span, how this all went horribly wrong, and what happened next. It is a gripping account not only of a principled public servant, but how a woman and a mother tackles really nasty offending, like sexual abuse. When she presented all this at Dartington’s Ways with Words, the audience was so inspired that it gave her a standing ovation.

We owe Maggie Oliver a great debt for blowing the whistle about police failures and mal-practice at Greater Manchester Police in relation to the investigation of child sexual exploitation by grooming gangs. She showed great skill, compassion and commitment working with two key victims, very badly damaged young women who had been failed by authorities and had no trust in the police. Through patience and compassion, she enabled the provision of critical evidence that led to the prosecution and convictions of a number of perpetrators.

However, she and the young women she worked with were badly let down, when the police and CPS reneged on assurances given that had enabled Maggie to establish sufficient trust to obtain their accounts. Maggie chose to prioritise her sense of duty and commitment to the victims she worked with over her loyalty to the police force who had let them down, and in so doing and blowing the whistle, she ultimately forfeited her career.

Maggie’s commitment to the young women continues and she will not rest until there is justice for the women and accountability of the police.

We first became aware of Maggie’s involvement with the young girls in Rochdale via her friend Jacqui Stewart who is a highly respected activist within the Communication Workers Union. Initially we were looking to invite Maggie to one of our quarterly Regional Women’s Committee meetings but then we decided to run an event centred around women who were actively involved with local issues or who were changing things within their own arenas. We titled it ‘Women of Today’. Speakers included Hayley Harewood from the Keep Our Girls Safe (KOGS) charity, Eileen Turnbull from the Shrewsbury 24 campaign, Sylvia Lancaster OBE from the Sophie Lancaster Foundation and a number of local female councillors. This event was primarily for CWU female members but all were welcome and the invitation was extended to the wider trade union and Labour movement too.

Maggie was our first speaker of the day and feedback given was extremely positive. She told her story and the story of the girls in Rochdale in a way that engaged and moved everyone in the room. The way she spoke and conveyed what had happened reflected her skills as a former Police Detective and Family Liaison Officer. Maggie was inspiring to all who attended and we were hoping she could return in January 2018 to update us. We soon realised why she wasn’t free when she appeared on Celebrity Big Brother where she had our support. We are looking forward to her joining us again at a future event.

At CIPFA’s Annual Conference, which attracts over 800 delegates from the public service world, Maggie delivered two great sessions on governance and the importance of taking an ethical stand in public service provision.

She is a thoroughly engaging speaker and spoke with honesty and conviction about the human cost of governance failures.

From the feedback we received after our session, it is clear that Maggie’s moving story pushed our delegates to do more, and to do better. 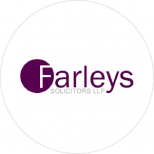 I first met Maggie Oliver on 24 April 2013.   I head one of the country’s leading teams of lawyers handling child abuse cases and have been working in this area for over 20 years.

When Maggie came into my office she had a bundle of papers and an accompanying story which was hard to believe.

Maggie had been a senior Police Officer who was so appalled at the treatment of abuse victims in Rochdale that she had resigned.   She had since worked tirelessly to secure justice for these victims.

In April 2013 I began a journey with Maggie which took me to many unexpected places including the Victoria Derbyshire how, meetings with film producers and innumerable trips to Rochdale Town Hall for interviews with all the major news channels.

What Maggie had uncovered was an appalling and unprecedented abuse scandal where the victims had been failed terribly by the establishment.

Maggie sacrificed her own career to help these girls.   I have acted for many Rochdale victims and the support that Maggie has given to them is unprecedented.   She accompanies them to meetings.   She is there to speak with them 24 hours a day with any problem they may have.   These girls require immense support and without Maggie it is unlikely that they would have been able to go through the litigation process, taking on the Local Authority who let them down so badly.

In all my dealings with Maggie she has shown a steadfast determination to obtain justice for the Rochdale victims and to hold to account those responsible for their failings which allowed the abuse to take place and continue.

I have grown to know Maggie well over the last five years and would consider her as a friend as well as a client.   She shows the utmost professionalism in all that she does and the devotion that she has shown has improved the lives of many.

Maggie spoke on the topic of ‘Exploitation: who is responsible?’ to an audience of 300 young leaders from around the world at One Young World London 2019.

She emphasised the individual’s responsibility to call out exploitation and take action by sharing her challenging and inspirational story. The audience were enthralled by what Maggie had to do to achieve justice for the victims of the Rochdale scandal.

Please complete the form below to send me a testimoinal to be included on this page.